Home Blog Great ebooks and promotions to check out!

Great ebooks and promotions to check out!

Some great authors are sharing my work for me and in return, of course, I am sharing theirs 🙂 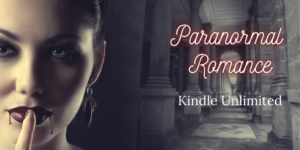 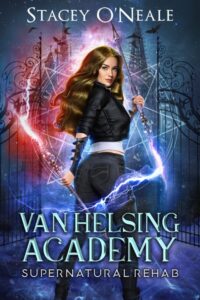 Welcome to the Van Helsing Academy: a rehabilitation center for vampires, shifters, and witches who don’t like to follow the rules.

Mina can’t remember anything about the night she was attacked. All she knows is what she’s been told: she got separated from her team during a mission and turned up two months later covered in cuts and bruises alongside two dead vampires.

After being blamed for their deaths, she is sentenced to three years at the supernatural rehabilitation center, the Van Helsing Academy.

As Mina searches for answers, lies are slowly unraveled and alliances forged. Soon she will uncover a secret plot that threatens to destroy her family legacy and ignite a war between the supernatural factions.

Van Helsing Academy is the first book in a new YA paranormal romance series. No harem. Perfect for fans of Vampire Academy by Richelle Mead, Hex Hall by Rachel Hawkins, and Mythos Academy by Jennifer Estep. 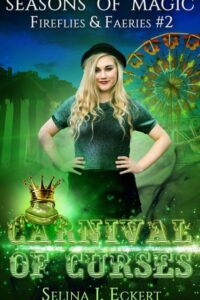 Nell should have known better: kissing frogs will only get you cursed.

High school senior Nell is a pro at hiding what she wants, from her college plans to her feelings. She’s so used to her own lies that she thinks nothing of the one she tells the green boy at the county fair’s kissing booth. But a lie to the green boy is meant to ensnare humans just like her—and trap them in the Fae circus master’s carnival forever.

Alone and forgotten by everyone she knew, Nell has no choice but to find her place in this dangerous, magical new world. But the carnival is more than it seems, and the curse has ensnared many more than just Nell. With time running out before the carnival moves on, can Nell bring them all together to fight back against the dark magic of the Fae?

Or will Nell and her new friends serve the Fae forever? 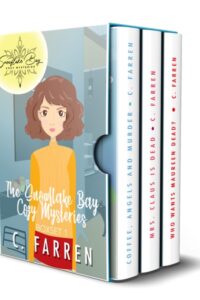 In the first three books of The Snowflake Bay Cozy Mysteries, we meet Wren King and her angel, Fiona. Together with a cast of eccentric characters, they investigate various murders, intrigue, and crimes in the coastal Maine town of Snowflake Bay.

Coffee, Angels, and Murder – The local coffee shop owner has been murdered, and his family demand answers. Wren must investigate before her father is implicated in the crime.

Mrs. Claus is Dead – There’s a murder at the Christmas toy shop, and Wren must face her most calculating opponent yet.

Who Wants Maureen Dead? – Someone is trying to kill Wren’s friend Maureen, and Wren must find out who it is and stop them before it’s too late. 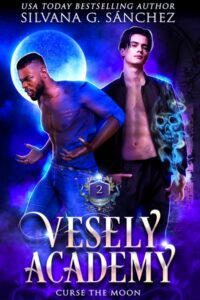 The world is a vicious monster. The moon, its accursed emissary.

Curse the Moon, sequel to Vesely Academy: The Soul Thief is perfect for fans of Stephanie Meier and Cassandra Clare.

*** Contains some mature situations, and is recommended for 17+. This is the third book in a series and the story will continue through future books *** 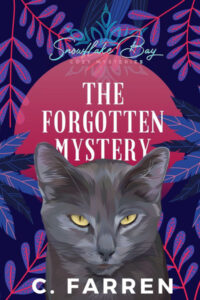 Wren’s very first murder mystery has been wiped from her memory. Now she’s about to remember…

A funny, thrilling cozy mystery.
The Forgotten Mystery takes us back in time two years to Wren’s very first murder mystery, the day she first got her cat Gracie, a day that was wiped from her mind. But why was it taken from her? And was her first mystery a success or a failure? Find out in this funny, intriguing little cozy mystery.
FREE ON STORY ORIGIN 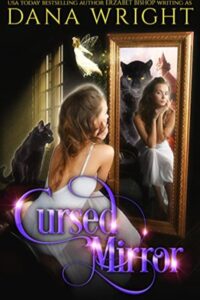 Ever wonder what’s on the other side of the mirror…

When an unfortunate haunting goes awry, Breena is sent to live with her Aunt Sinead in her aging mansion. But the shadows living within Wanderly House are more than just specters and spider webs. The locked door at the end of the hall is forbidden, but some secrets are meant to come to light, even with terrible consequences. 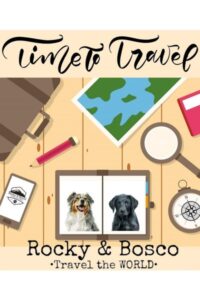 Get your paws ready…we are hitting the open road!

A short story about Rocky and her pal Bosco and their fun adventures
Rocky is an Australian Shepherd and Bosco is a fun loving Labrador Retriever. Together they travel the world and explore many places. They teach children all about their new travels through a monthly short story and activity page. They could be exploring a National Park, a small town or riding a train…each month is a new adventure.
FREE ON STORY ORIGIN 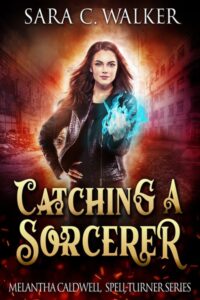 After a sorcerer kills her mother, fifteen-year-old Melantha is forced to live with her overbearing Gran. She longs for freedom, a normal life, and her spell-turner powers to develop.

She has to befriend the wimpiest kid in school: the son of the sorcerer. If she doesn’t succeed, the sorcerer will be free to unleash his plan to remove magic from all spell-turners. But she’ll have to be careful, or she may end up the sorcerer’s next victim.

*Amazon links will redirect you to Amazon via Story Origin