Thomas took on the demeanour of a fighter — calm, but ready — when four men circled to surround us.

“Well, what do we have here?” The tallest one asked.

The man next to him spat on the floor. “Looks like a witch and her pet.”

The men chuckled at the lame joke. I sighed heavily and squared my feet. It looked like we were going to have to fight these guys. Thomas clearly agreed. “Okay, fellas,” he said. “Let’s get this over with. You coming at me one at a time or all at once?”

Without hesitation, all four men charged forwards. “All at once it is, then,” Thomas said.

Despite my reluctance to use magic against humans, I knew it was the only way I could fight these guys. I clearly wasn’t exposing them to anything new, and we were still outside a secret club, so I figured the Supernatural Council would understand and I would forgo a lecture. The runic tattoos circling my arms blazed to life, I drew on the power of protection, endurance, and strength: Luis, Fern, and Duir shone bright against my skin and sent magic roaring through my veins.

The magic snaked along my arms, swirling like tendrils of blue fire around my hand and between my fingers. An orb of energy gathered in my palms. A simple push spell that looked flashier than it was. I released it, knocking the guy closest to me from his feet. Thomas had moved to engage the other three.

The man who’d called Thomas a pussy grunted as he slammed into the wall. The tall guy snarled and charged at Thomas from behind and my heart pounded. I desperately wanted to rush to his aid, but the man I’d knocked to the floor was back on his feet and charging me again.

I engaged my attacker, but spared a glance at Thomas. I should have known better than to worry about him in a hand to hand combat situation, even against three men. Thomas was always a calming, stoic person. He found no joy in fighting, but had practised the self-defence system of Krav Maga for years. Its whole philosophy was based on ending a fight as quickly and brutally as possible, and my sweet, gentle Thomas, who didn’t have an aggressive bone in his body, turned into a different man when forced to defend himself. The fools didn’t stand a chance.

“I can do this all night,” I said to my opponent when I zapped him with a magical orb for the fourth time. “Don’t you think it would be better to give up and leave already?”

He glanced at me with hate emanating from his eyes, but I saw a flicker of doubt flash through them at the sight of his friends being demolished by Thomas.

“I know, right?” I said, brimming with pride. “He truly is amazing.” I laughed. “You know, if you’re sick of being blasted, you could always go try your luck with your friends over there.”

The guy edged backwards on his bottom before swiftly turning to run away. “Wise choice,” I called after him and then turned to watch Thomas in action.

He quickly kneed one guy in the groin. While he was down, another tried to pin Thomas to the wall by his throat, but Thomas chopped his arms away and head-butted him. I winced. Thomas turned and elbowed him in the chin. Blood splattered from the guy’s mouth and his eyes rolled in his head. He stumbled backwards, dazed and out of the fight.

The tall guy bunched his muscles and swung at Thomas, who ducked under the blow and hit his attacker with a punch to the stomach. The guy doubled over and coughed up a dribble of blood.

The one man left standing looked at Thomas for a second before running. His two friends joined him not a moment later.

“Well, that was a complete waste of two minutes,” I said, pulling a tissue from my pocket and using it to dab at the split above Thomas’ eyebrow. “I really wish you wouldn’t head-butt people.”

“It was either that or gouge his eyes, and although they were arseholes, I didn’t want to do too much damage.”

“You big softy,” I said, then gave him a peck on the cheek.

Thomas lifted me in his arms and waggled his eyebrows. “I’m not soft where it counts,” he said.

I love Thomas, maybe a little more than I love Summer 🙂

You can now get the entire 4 book series in one set now! 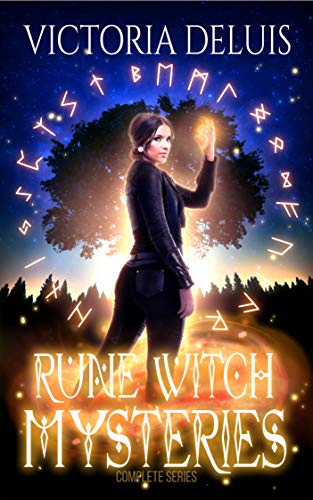